ETegro Technologies was incorporated in the year 2005. It is a renowned Global Engineering Company with a very rich experience in the industry. Our company manufactures a wide range of IT equipment and also provides both software and hardware solutions which are based on its equipment. It is mainly known for offering unparalleled Data Center solutions. We have also been progressing swiftly in the area of developing ICT solutions for clients of different sizes and industries.

We constantly interact with our customers in order to provide accurate services to satisfy the requirements regarding data storage systems, cluster systems, servers, rack solutions and much more. ETegro always promises to deliver highly innovative products and services so that our customers get more than what was asked for.

The Facilities | We Offer |

ETegro has many Research and Development and manufacturing facilities in major countries like Taiwan, Russia, and China. It also operates with its offices being present in Russia, Singapore, Hong Kong, and the Netherlands. Due to the exceptional results provided, we have achieved an expanding list of customers and business partners. Our prominent clients include telecom companies like DST Global, Mail.ru Group, manufacturing companies like Rzhevskiy Crane Plant, Holod, state companies like Russian Railways, defense, education, media and social networking sites such as ixbt.com, RosBusinessConsulting, and many famous banks and financial institutions.

ETegro has been a strong supporter and sponsor of various crucial projects like Inquisitor, OpenSAN, aStor, and ETConf. The quality control system used by our company is very unique and we have also received an ISO 9001-2008 certification. All the components that are designed by ETegro abide by the European regulations.

ETegro Technologies proudly claims to be among the top 5 server vendors in Russia since 2008. Our server ETegro Hyperion RS 560 G3 achieved the ‘best of the best 2009’ award among mid-range servers. Based on a survey about service and quality of computer brands in 2010, our company has won the readership of PC magazine/ RE magazine in the category of servers.

Manufacturing And Solutions | Provided By ETegro | 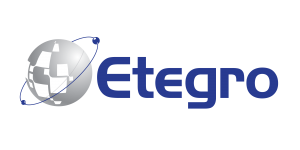 We at Etegro provide a wide range of services starting from manufacturing equipment to offering advanced solutions. One of our main functions is to create high-performance servers. We have made use of the latest and best technology available to manufacture servers on AMD processors, BMC services processors, expansion cards, KVM and SAS expanders. Whether it is a simple 1U model with one processor or an eight-processor 6U giant server, we make them all. We also provide you with pedestal servers, blade server platforms and special server models which are exclusively made for High Performance Computing and also support accelerators such as Nvidia Tesla and Intel Xeon Phi.

We also ace in producing network hardware. We provide rack mount managed L2 switches. We are known for making 1G, 10G, 40G models of switches with the ONIE installation environment and those that do not require OS. With the help of these switches, you get the chance to select hardware and software vendors distinctly. They are compatible with various latest network operating systems. We provide a full developer kit for certain switches which will allow you to customize your solutions.

At ETegro, we make very powerful storage systems that have many capabilities. We manufacture disk shelves and network drives. We are also making innovations to improve and further develop the storage components by transforming them into software-defined drives. We are constantly emphasizing on Software Defined Storage to make your work easier. Some of our storage devices have two controllers in the Active-Active mode which will let you generate a fault-tolerant storage system that will enable you to access files through SMB and NFS. It will also restrict access through iSCSI.

We are also known for bestowing a wide variety of rack-level solutions upon hyperscale and cloud data centers. We manufacture fully finished rack solutions that are defined by original rack-level designs with single cooling and power subsystems. Due to the simplicity, you will find it very easy to handle and maintain the equipment and will also have the freedom to generate the infrastructure for the equipment according to your desire. We not only produce the components but also provide solutions for our designs as well as the creations of Open Project Community, and Open CloudServer.

We aim to offer the best-in-class hardware and software solutions with highest quality and performance. We constantly maintain close relations with our customers as well as technology partners in order to provide efficient services. All our products are made with excellent architecture and provide high speed interconnects. We make sure to reduce your costs by minimizing the data center footprint but also maximizing the storage and compute density per rack at the same time. We do provide presale consultations to let you understand and adopt the technology solution which suits your needs. Our solutions are forever reliable.